There are really three pieces of photograph–getting the right things in the photo, taking the photo at the right moment, and getting the photo lit well at that moment. The first two are really hard to get right, but getting the third part right is cheap and easy, and will make a world of difference in making your photos look “professional.”

To make your photos look professional, you want a lot of light coming from physically big source, and you want that source to be a big distance away from the camera. If the light is coming from one point (like direct sunlight), the light will look “harsh,” with shadows that are too dark, and highlights that are too bright, like this: 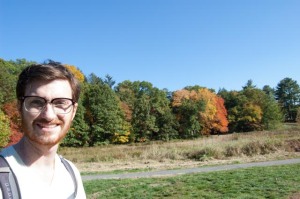 If the light is coming directly from the camera, everything looks flat and washed out. If there’s just not enough light and you don’t use a flash though, you run into a couple of problems–usually the subject is just too dark. A photo like this reflects the fact that the environment is kind of dark, which isn’t bad per-se, but it’s not particularly flattering of the person in the photo.  Here we have two photos that I took in a row.  In one you just can’t really see Mita and our friend Tanya very well, and in the other the picture somehow flat and harsh at the same time. Great looking people, but the photos just aren’t flattering. 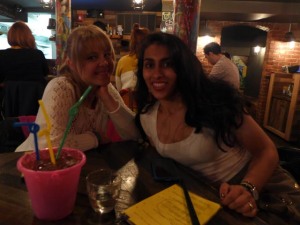 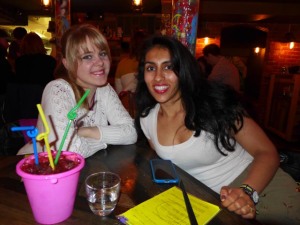 Ideally, you’ll get lots of light coming in from the side, and not from one point.  Like here: 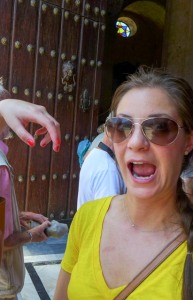 I cropped it so that you can see Jill’s hand, and Lauri’s face, because both are pretty much perfectly lit.  Notice how there is an even gradient from bright to less bright, without looking too harsh, and but without looking flat, either.  When you’re shooting in Cuba with lots of sunlight, that’s not too hard to accomplish.  When you’re shooting inside, at a party, it’s really hard.

What’s the answer?  Using a Vivitar 283 as an off-camera flash!

A powerful flash, less than $30 on Amazon, and it’ll fill the room with light.  The trick is, rather than put it on your camera and point it at your subject, you use a remote flash trigger, and then just set the flash in the corner of the room, pointed at the ceiling.  That way, when you take a picture, the light bounces off of the ceiling and walls, and you get photos with great light, so they look “professional.”  Like these well lit photos of some of the friends that came out to Mita’s birthday party last night!